What is it about Mobile Friendly Web Design? 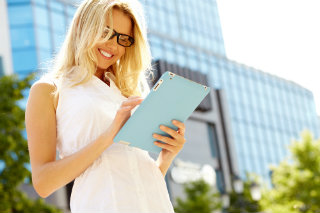 The age of the mobile device is becoming predominant throughout the 21st century, with devices such as smartphones, androids and tablets being a commonality. From teenagers to pensioners, people everywhere are starting to become more technologically savvy with these fashionable inventions.

Mobile devices are dominating internet use and are responsible for more online traffic than PCs or laptops. This does not just include general surfing of the internet but also the use of social media, internet shopping boutiques and the checking of emails.

People purchase new clothing, accessories or high tech electrical items and then post them on Facebook or Twitter for their friends to see and comment. Due to the massive increase in mobile internet usage, it is vital for companies who are established on the internet to ensure that their website is mobile friendly.

If you own a business and are visible online, it is most likely that your website is designed for desktop users and possible that you have a separate website designed for mobile users. However have you thought about developing a website which is equally suitable for both users? Is this even possible? The answer to this question is yes and this technological development is called responsive web design.

Kommand.me platform offers you mobile friendly website themes that can be viewed on tablets, laptops, mobile phones as well as PCs. You don’t need to worry about creating 2 separate websites, because we will provide you with the best possible version of the modern day website.

What is responsive web design? This concept is fairly self-explanatory and simply suggests that all the features of a web site such as links and pictures will remain the same regardless of which device is used to browse them. Content and structure will be consistent, meaning that when they use a smaller device such as a tablet or smartphone, the web site will simply decrease in size to fit the perimeters of the particular device.

Responsive web design ensures that you will not have to go through the trouble of creating a brand new web site specifically for mobile devices. You won't have to worry about your site operating properly on handheld devices due to their speed of operation as this is all accounted for in the infrastructure of the responsive web design. There are numerous other reasons why a switch to this kind of online technology is going to become even more important for you and other companies over the next few years.

Why Mobile Responsive Website is so Important to your Customers?

The amount of people who now use mobile devices is astronomical and it is considered quite uncommon for a person in the western world to be without a mobile phone or a tablet. Today's internet traffic sees more than 20% of all Google searches being conducted on mobile devices such as Smartphones and in 2012, more than 50% of local searches were performed on similar devices. In the United States, more than 25% of citizens exclusively use their mobile device to browse the internet and the same figure describes the total amount of emails opened on mobile devices. Internet traffic represented by mobile devices is expected to exceed that of desktop computers by the end of 2014 and nowadays, more than a quarter of all mobile phones in the world are Smartphones.

Responsive web design also comes highly recommended by Google who were accountable for 67% of search market statistics in 2013. This type of web design allows for a much more convenient user experience as the content of any web site will automatically adjust to the current screen size. This alleviates the inconvenience of zooming in to the correct measurements, therefore saving time and battery power.

Going Forward with the New Technology

In the world of business, it is important for you to assess your competition and what other competing business are doing which you are not. Staying ahead of your competitors is something which will only go in your favour. In this case, just remember that is the numbers of mobile internet users are increasing, it is important to maintain a mobile friendly web site, which will cater for that target audience, which is only expected to increase.

Many business will see the numbers of mobile customers triple overnight when converting to this type of web design and 85% of adults now firmly believe that mobile sites must be better than their desktop counterparts.